June 8th, 2019 “For a fact-based worldview” – Visit and talk from Mikael Arevius, affiliate of the Gapminder foundation

The lecture series titled “Ist die Welt schlecht?” continued with the second seminar carried out by the speaker Mikael Arevius. These lectures, organized by Prof. Rolf van Dick and funded by the association of Goethe University’s friends and supporters and the Grunelius Foundation, tried to provide a deeper insight into the progresses made by humans and into the world’s general condition. Its goal is to challenge the audience to think outside the box and to provide information in order to answer the main question: is the world bad?

Nowadays, we are misled into believing that, despite the technological progresses, the world is still governed by chaos and violence and it might seem that life on planet Earth is not better than it was in previous centuries. However, during his visit at the Goethe University Frankfurt, Mikael Arevius provided data to challenge this idea. Mikael Arevius started his career as a school teacher in Sweden. Subsequently, he expanded his knowledge in different areas, such as education and leadership. His experience and his inclination to create teaching tools and materials led him to collaborate with Gapminder. Gapminder is a Swedish foundation created by Hans Rosling, which provides statistical data from all over the globe. Gapminder, on the basis that there is a subtle ignorance regarding the facts of the world, aims to promote a greater awareness about global data, which are not always looked from the correct perspective.

In the course of the lecture series “Is the world bad?”, Mikael Arevius visited the Goethe University Frankfurt. Besides a small group meeting, he gave a talk “For a fact-based worldview”. This lecture was interactive, indeed, the audience was asked to actively participate in the talk by answering a survey of four questions at the beginning of the lecture. The four questions were related to global facts and the total score of the audience was used by the speaker later in the talk to argument his ideas. After taking part in the survey, Mikael Arevius started the discussion highlighting how poorly people, normally, score in questionnaires like the one done at the beginning of the talk. In fact, people answering a 12-items questionnaire generally score less than 33%, which is, statistically speaking, the minimum percentage of correct responses if the answers were chosen randomly. The fact that people score less than 33% suggests that there is a shared ignorance regarding facts about the world.

Many examples were used to show to the audience the existence of a subtle ignorance about global facts. Furthermore, one striking illustration of the importance to look at trends and not just at the latest data was regarding the presence of women in politics. Nowadays, the percentage of women in political settings is about 23%, which is not a high percentage. However, Mikael Arevius showed that, compared to previous years, there was a significant growth of women in politics. The talk continued by showing interesting data about the general evolution of the world and its population. Remarkable was the use of teaching tools. Indeed, Mikael showed different animated bubble charts that aided the understanding and interpretation of statistical data. His material can also be found online, and it is free to the public. 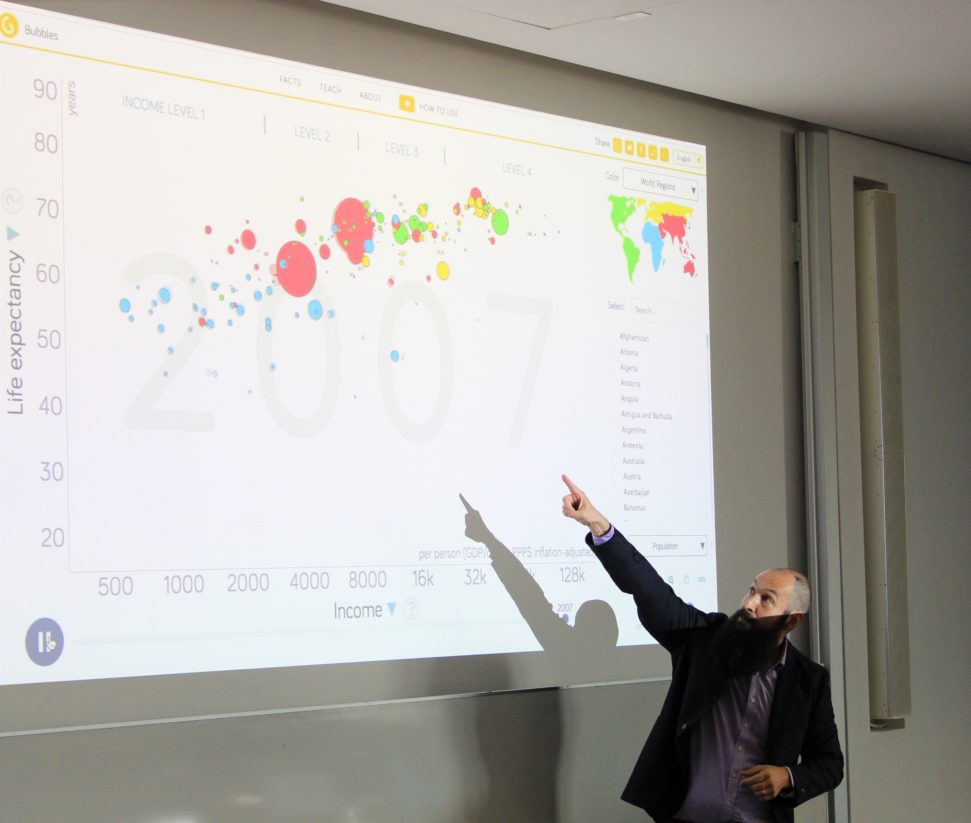 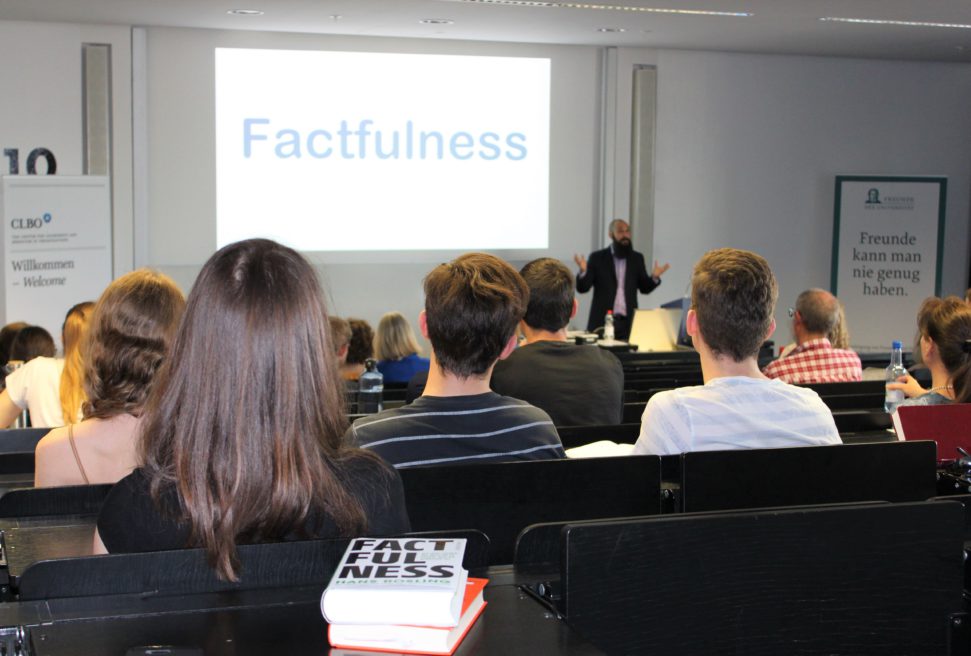